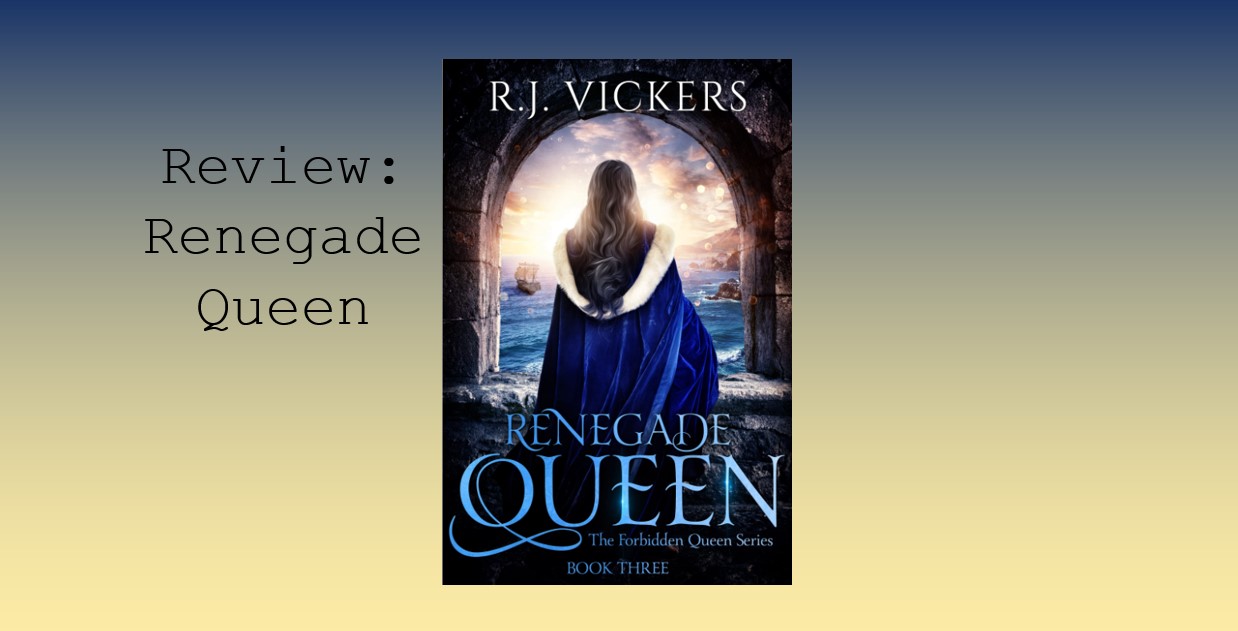 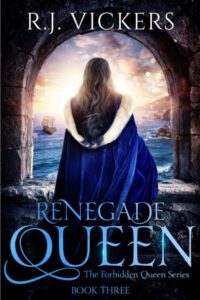 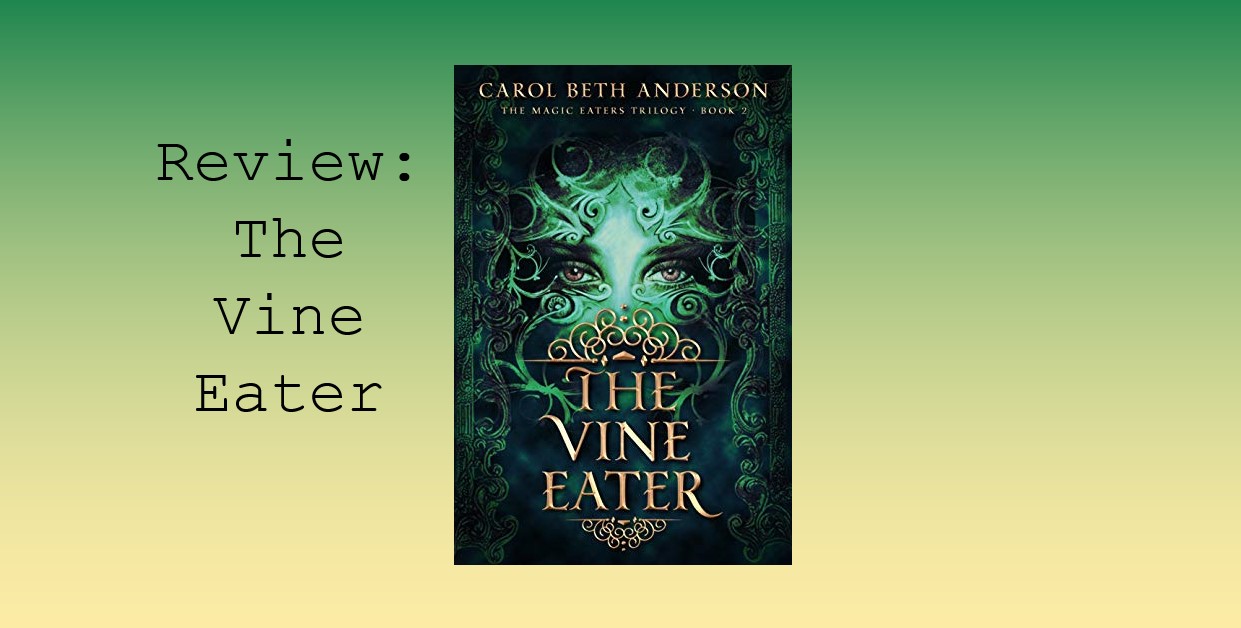 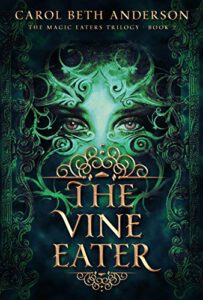 I don’t even know what to say. I loved loved loved the first book in The Magic Eaters Trilogy: The Frost Eater. When I got the chance to read The Vine Eater as well, I was THRILLED. And it did not disappoint at all.

Wanting to keep this review spoiler-free, I’m skipping the short description of the events in this book. All I’m saying is that this book picks up exactly where The Frost Eater left off, and that it has even more action and plot twists than the first book.

In The Vine Eater, the friendship between Nora, Krey, Ovrun and Zeisha is tested. Every single one of them has changed after the militia battle and its consequences, and they have to find a new dynamic to fit their new life in Deroga. Nora struggles with everything that happened to Faylie and has trouble accepting her father who has lost his mind. Ovrun doesn’t know what the future will hold for him, Zeisha has trouble finding herself and Krey… Well Kreys problems will become clear in The Vine Eater.

The Vine Eater is an amazing piece of art. I think I loved it even more than The Frost Eater. The story is character-driven AND plot-driven, and that’s a rare combination in quite a short YA book. Carol Beth Anderson, I don’t know how you do it, but you do it well.

One thing that bothered me a little was the change in pacing in the second half of the book. It wasn’t very coherent and hard to follow at some points. I also struggled with visualizing the characters, as their description wasn’t repeated in The Vine Eater and it’s been a few months since I read The Frost Eater. But besides those small two points, everything was perfect.

I honestly think that The Magic Eaters trilogy is severely underrated. More people should read this and show the gorgeous books on their bookshelves. Even though I’ve already read them, I’m going to buy the physical copies because I definitely want to read the story again on paper. If you’re a fan of young adult fantasy and dystopian, The Magic Eaters trilogy is definitely worth the read. 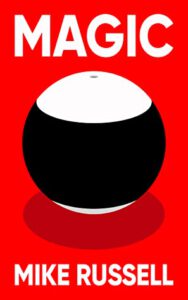 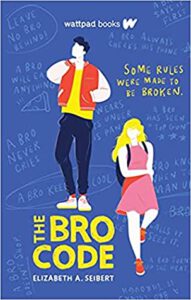 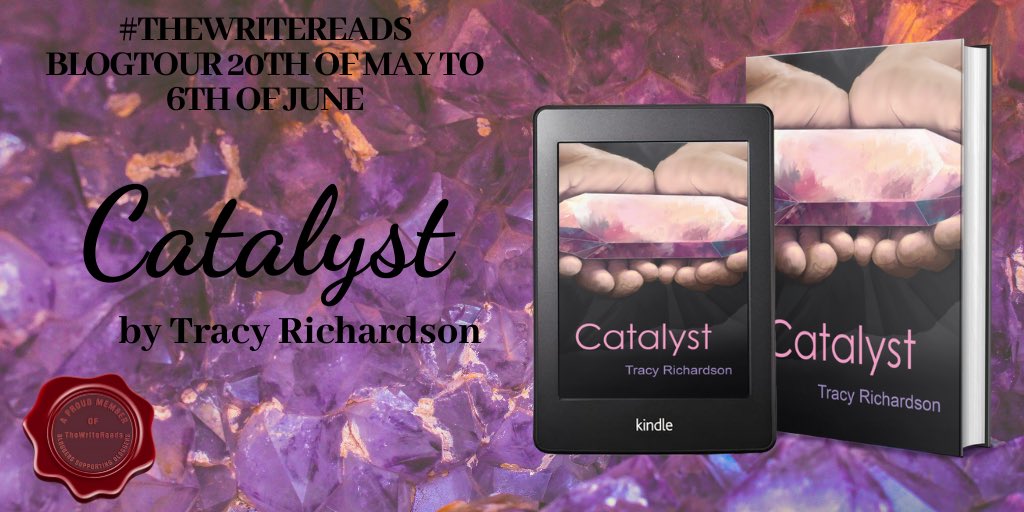 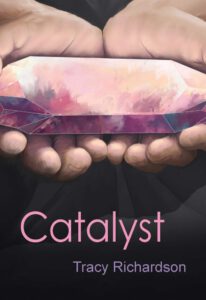 Hey guys, today I’m doing something different! I read the book Catalyst as part of the blog tour organized by The Write Reads. I’m very grateful to be a part of the tour! Catalyst is the sequel of The Field and can be read as a standalone (in fact, I haven’t read The Field and I had no problems following the story).

Catalyst follows Marcie as she, her brother Eric and his girlfriend Renee join an archaeological dig overseen by Marcies parents. It starts when Marcie and the others arrive at the dig site. There, she meets the other students she will be working with, including Leo and Scott. Marcie also meets the senior graduate assistants Zeke and Lorraine. But Marcie has an odd feeling about Zeke and Lorraine that she can’t place as they work on the dig site…

When one day Marcie, Eric, Renee and Leo follow Zeke and Lorraine on a hike, Marcies feeling is confirmed as Zeke demonstrates how he moves a large rock. With his mind. If that isn’t enough, Zeke and Lorraine ask Marcie and the rest to help them save the world. But can they take on such a big task?

Marcie is a strong lead who stands up for what she believes in and I really respect that. She says what she thinks but she’s also fair to others. Those are characteristics I often miss in books, so I was glad to follow Marcie on her journey!

I did feel however that Marcies love interest fell a little flat. It started off cute and realistic, but I liked him less and less throughout the book. At a certain point in the book, I just wasn’t rooting for them anymore, which was a big let-down for me as I’m a huge romance lover.

I really enjoyed the first three quarters of the book. It was very clear that the author was sending a message to the readers and I appreciate that. But the last quarter of the book was incredibly confusing as it was a lot of information in not enough pages. It think the subject of the last part would have been great for a sequel, but it was too much to fit into this book and make it work.

Catalyst is a fun young adult book with a strong lead. I recommend it to readers who are invested in making the world a better place and to very patient sci-fi lovers, as the sci-fi part comes up later in the book. I enjoyed Catalyst and I really hope you do too!

Marcie is spending her summer working on the archeological dig that her mother runs: Angel Mounds, a site of an ancient indigenous civilization. Soon after she arrives, she meet some intriguing individuals, and becomes wrapped up in a supernaturally-charged mission to save the planet from the destruction man has brought upon itself.

Marcie Horton has a sixth sense. Not in the “I see dead people” way, but . . . well, maybe a little. She feels a sort of knowing about certain things that can’t be explained-an intuition that goes beyond the normal. Then there was that one summer four years ago, when she connected with a long-departed spirit . . . But nothing that incredible has happened to Marcie since.
This summer, Marcie is spending time working at Angel Mounds, the archeological dig her mother heads, along with her brother, Eric, and his girlfriend, Renee. The dig is the site of an ancient indigenous civilization, and things immediately shift into the paranormal when Marcie and her teammates meet Lorraine and Zeke. The two mysterious dig assistants reveal their abilities to access the Universal Energy Field with their minds-something Marcie knows only vaguely that her brother has also had experience with. Marcie learns how our planet will disintegrate if action is not taken, and she and her team must decide if they are brave enough to help Lorraine and Zeke in their plan to save Mother Earth, her resources, and her history. It looks like the summer just got a lot more interesting.

Get your copy here!