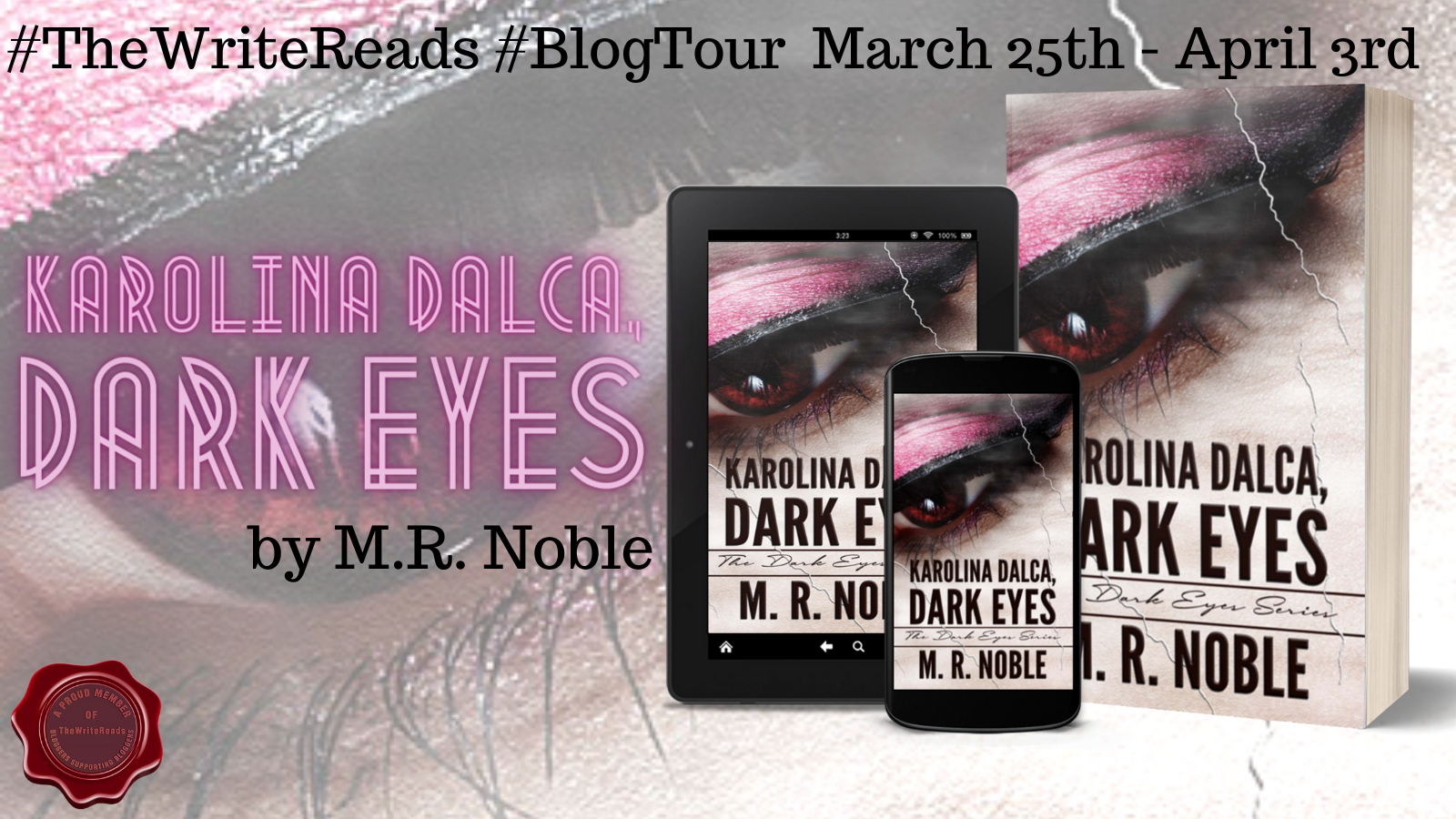 This time, I have the opportunity to kick off a Blog Tour organized by The Write Reads! The book in the spotlight is Karolina Dalca, Dark Eyes. And the book follows …surprise surprise… Karolina Dalca!

Karolina Dalca is a 17-year-old half-vampire, forced to flee her home in Canada after she gets blamed for the murder of her mother. A murder she witnessed. Looking for answers from her deceased father’s family, Karolina goes to Russia with Andre, a vampire sent by her father’s family to retrieve her, and her childhood friend Roman. Will she find what she’s looking for?

The story itself gripped me and it was incredibly hard to put the book down. I finished 3/4 of the book in 1 day and I have no regrets. My boyfriend had to work anyway, so fortunately it wasn’t the end of the world for him ;). Karolina had the tendency to make rash and unwise decisions, so the book was never boring as her behaviour made the story action-packed and fast-paced.

What stands out in this book, is that it’s the second book I’ve read where the love triangle doesn’t bother me. There is some romance, but it doesn’t play a major role. There is no “Oh no! 2 amazing guys like me! This is the end of the world, who should I chooooose?!?!!?!?!?!” and that’s something I admire! I do feel like romance will play a bigger role in the sequel, but I don’t mind because I trust it will be well-executed by the author.

However, I struggled a bit with the writing style. It felt a little rushed and I would have loved more world-building and more elaborate descriptions of the environment and characters. It was something I had to get used to when I started Karolina Dalca, Dark Eyes. I had to find a reading spot without any major distractions, because that was the only way I could follow the book.

Karolina Dalca, Dark Eyes is a contemporary fantasy with a lot of potential, but it needs a bit grooming. The story itself is incredibly interesting, with a unique setting and a different kind of vampires than we’re used to, so it could definitely be a 4 or 4.5 star read with a few changes!

Blindsided by an attack that destroys her home and blamed for murder, Karolina Dalca, a half-vampire, escapes, only to plunge into the magical societies from which she was sheltered.

Betrayed by those around her, she abandons her dreams of becoming an investigator and flees, trusting only herself. Her police internship would never prove more useful. Hoofing it through the wilderness, she makes it to her university dorm, disheveled but delightfully deflowered.

Enter a full vampire: one wielding dark magic and a ride out of Canada. A fugitive from the law, Karo complies with his demands to escape, unsure whether his requests are bewitched. She vows to clear her name and avenge her mother’s death, but Karo’s family secrets aren’t so easily left behind.