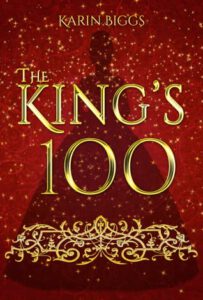 Princess Piper Parish has always struggled with following the rules of Capalon, her kingdom. Love is seen as an unnecessary distraction in Capalon and things like singing, dancing, wearing dresses and eating sugary foods are prohibited. Knowing she is seen as a disappointment in Capalon, Piper leaves on a quest to bring back her mother after she received an anonymous note stating that her mother is still alive and being held in Mondaria, the enemy kingdom.

To enter the Mondarian king’s Mansion, Piper joins a group of performers. She meets singers, drummers and magicians and learns what it’s like to live in a world where people express their emotions. She experiences friendship, love, hot chocolate and many other things that aren’t allowed in Capalon, but will these things distract her from her quest to find her mother?

I loved this book. If circumstances allowed me to read it in one sitting, I would have. It takes some time getting used to the way of things in Capalon, but everything eventually clicked. Karin showed in her book that different countries develop in different ways. Capalons are more intelligent when it comes to new inventions and technology because they chose to ignore and suppress emotions, but Mondarians are more intelligent in the social aspect.

There are two things that stand out in The King’s 100:

1 – The characters are flawed. They aren’t portrayed as perfect people. They are 17 years old and they act like it. The characters make mistakes and sometimes they own up to it and other times they don’t. It’s a good break from the “The main character’s actions are always excused” trope, because Piper makes mistakes and she apologizes for them. I honestly think she rocks as a main character because of that.

2 – There is no real villain. Problems are all caused by cultural differences and stereotypes. Once characters got to know each other without prejudices, they were able to look past it and I think that’s a beautiful message.

Okay maybe I’ll add a third point that stands out in this book: the side characters, I loved them all (I’ll admit, all except one). I grew really attached to them and I can’t wait to read more about them in this series!

If you love The Selection or Grace and Fury, I highly recommend The King’s 100. You will definitely enjoy it!